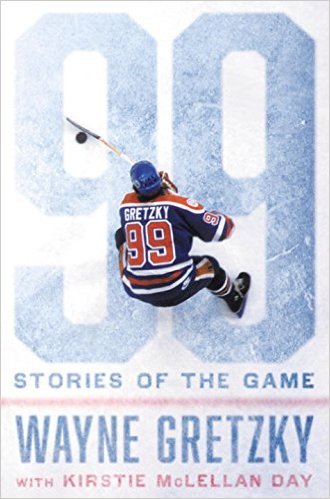 What’s up everyone and welcome to another blog here on BlueCollarBlueShirts.com. This is the second of three blogs I’m posting here today. Check out my Ranger & Oiler game reviews on the main page of the site.

One thing you may not know about me is that I’m an avid reader. Always have been. In my condo, I must have about 5000 books on all different subjects on the shelves. The topics vary, whether the books be about politics, comedy, movies, sports, autobiographies, etc, but in the end, I enjoy reading them all. I think books are becoming a lost art.  While the literacy rate in the country has drastically risen, due to kids not wanting to miss a thing on social media, the written word has been lacking.

Personally, I enjoy history books the most. I like learning how other people lived and dealt with situations. I read a lot of American history books. However, hockey autobiographies and NHL/NHA history books also give you knowledge on how others lived. No book to me was better than Conn Smythe’s autobiography. He really painted you a picture of his extraordinary life. Where Gordie Howe’s book was short and didn’t really get into the times, Smythe told you everything. It also helped that he was two-time war hero, fighting in both World Wars.

Three hockey books recently hit the market. Since I’ve been battling bronchitis and my NHL 17 HUT team sucks ass (I got Graves, Lindros, Kesler and Vernon, yet I’m getting waxed by some 12 year old online on the regular), I decided to plow through these books.

The books I read were Wayne Gretzky’s “99: Stories of the Game”, Stan Fischler’s “Rangers vs Islanders” and “Orr: My Story” by guess who, Bobby Orr. For me, the new Gretzky book was one of the better books I’ve ever read. The Fischler book was entertaining and I got a story out of it that I never heard before. The Bobby Orr book was a disappointing snoozefest. Maybe it’s because I’m not a Bruins fan, but I’ve read books by many non-Rangers and none bored me to no end like the Orr book.

Here’s what I took out of all three books and what I liked and didn’t like:

(Disclaimer: I have an Amazon prime account so that’s all I use when buying books. All pictures and links are from Amazon.com)

I have read a ton of hockey books. I don’t consider myself a historian of the game or anything, but I know a lot about the history of the game. A lot of what is discussed in this book are topics that I’ve read in full depth in other books, like the NHA & Livingstone, the WHA, Frank Boucher, Gordie Howe, different rivalries and so forth.

This book isn’t an autobiography. In fact, it’s a history lesson about hockey. Gretzky talks about EVERYTHING in this near 400 page monster. Gretzky chronologically talks about everything hockey. The NHA. The NHL. The Original 6. Different players and personalities from that era. The Expansion of 1967. The Summit Series. The Olympics. The WHA. Teams that moved. Teams that were created through expansion. The Canadian Cup. The World Cup. Players from the past. Players from the present. The game in the future.

As Gretzky talks about every NHL franchise and every hockey tournament, he gives his thoughts and memories when he can. While many will take out of this book that Gretzky absolutely adored and respected Gordie Howe, Gretzky gives you a great history lesson about anything and everything hockey.

If you’re a novice reader, don’t let the thickness of the book turn you off. It is a page-turner. If anything, Gretzky’s stories may make you seek out other books that are fully devoted to a topic Gretzky talks about.

While Gretzky gives you a history lesson and trips down memory lane, he also shares his passion and thinking of the game. He talks about the importance of winning. The importance of coming together as a team. He also puts an emphasis on family and how you need a strong family for a hockey player to achieve supremacy.

Gretzky talks about his fandom of certain players, most notably Bobby Clarke (PHI) and Gordie Howe (DET). He talks about the respect he had for Messier and how much he enjoyed Super Mario Lemieux. He doesn’t spend much time, little if any, talking about his personal accomplishments, as when he covers the Oiler dynasty era, he talks about the team as a whole.

More players in every sport could learn a thing or two from the “Great One”.

This was just an enjoyable book and with a cheap price tag of $18 on Amazon, it’s a steal.

Final Grade: I give this two cases of Molson Canadian up!

I’ll admit it. I’m a Ranger fan that enjoys Stan Fischler. I know many Ranger fans can’t stand him, since he’s so intertwined with the Islanders and Devils, but I respect the Maven and his knowledge. In fact, it was one of his older Ranger books, “We Are the Rangers” that introduced me to Frank Boucher. After reading that, I sought out anything I could on Boucher. In fact, Fischler is one of the last few remaining hockey men to have known Boucher. Come on Stan, help a brother out and push for the Rangers to retire Frank Boucher’s #7!

Let’s start with the big takeaway I got out of this book:

I’m 34 years old. I’ve forgotten more stuff than I know these days, which is why I appreciate guy like Fischler who can remember everything. I don’t remember this Lundqvist story at all. Granted, this was 10 years ago. This was before social media, instant gifs and the phone world we live in today. I was also furious at the NHL at this time because of the lockout and because that cocksucker Sather traded Graves and Leetch. I wasn’t watching the games as passionately as I did in the 90’s or as I did today. That lockout really fucked me up and pissed me off.

Can you imagine if this story happened today? Maybe Lundqvist isn’t punished as badly because hockey is still the least popular sport of the four major sports in America, but this guy attacked a woman. It’s in the refs notes. You know I despise Hank’s contract and I think he’s a hypocrite. After reading this and researching it, I have no respect for the guy. I know a female (no names or how I know them) who was beat up by a bully/guy. There is just no room for that in life. Even if Hank was just dicking around, it’s unacceptable. He’s a fucking coward. Maybe he should spend less time attacking women and spend more time practicing and trying to win a Cup. It’s really disgraceful.

If you want more on Hank assaulting women, check out: http://www.hotstovenewyork.com/2007/04/05/hatchet-hank-mauls-innocent-ice-girl/

Aside from Hank attacking women, Fischler goes through the histories of both NHL clubs. Fischler, a noted historian, ties the Islanders to the Brooklyn Americans or Amerks. I didn’t really care for that. The ending of the book ties Red Dutton, the ex-Amerks owner who was screwed by the NHL, into the Islanders move into Barclays. I get what Fischler was going for, but this is Rangers vs Islanders, and not about Fischler’s love for Dutton.

Trust me, I get it. I am a big advocate of Frank Boucher, Cam Talbot and hating on Lundqvist’s contract. Fischler has the same hard-on for the Amerks and Dutton. Kinda took away from the Islander franchise at the end of his book though.

Everything is recapped in this book, from every game of every season to every player.

This book was a trip down memory lane for me. Two things that I loved were:

While the book recaps everything, I can vividly remember my introduction to Rangers vs Islanders and it was the early 90’s at 9-10 years old. As I got older, I was lucky that I hung out with older kids, which meant they had drivers license. We would be at every NYR/NYI game at the Coliseum.  I remember being there when Cloutier kicked the ass of Tommy Salo (TOMMY SWALLOWS!) One of my favorite memories, as barbaric as it was, was Theo Fleury, the five foot four inch little shit, wacking at the knees of the seemingly 19 foot tall Zdeno Chara.

I don’t know if people who didn’t live through this will take as much enjoyment out of this book as I did. I read “The Battle of Alberta” book, a book about the Oiler vs Flames rivalry. It was a great book, but I didn’t have any attachment to it. In this Rangers vs Islanders book, I most certainly did, even if Fischler tried to push the Brooklyn American card too much.

For any Ranger or for any Islander fan, this book is worth two cases of Labatt Blue. It’s going for $12 used on Amazon. Go recycle cans if you have to, it’s worth it.

I saved the worst for last. As I said above, I’ve read countless books on teams or players that weren’t on my favorite teams. However, Bobby Orr’s book could cure insomnia.

Orr is arguably one of the top four players of all time. A Mount Rushmore player. I was excited to get into his head in this book. Instead, I got into my bed after finishing it and passed out.

The problem with this 250+ page book is that 90 pages are on Orr’s childhood and formative years. Sorry, I just don’t care about your billet families or what you watched on TV. The meat of the book, his career and his dealings with the sinister Alan Eagleson seemed glossed over, especially the Eagleson stuff.

Orr then spends the final chapters of the book talking about changes he would make to the game and all this stuff that will put you to sleep like a pill from Bill Cosby.

Of what I enjoyed of the book, it was Orr talking about his famous goal in the 1970 Cup and the picture on the cover that shows it. He doesn’t discuss why he didn’t get a total knee replacement on his bad knee, despite taking a year off for rehab anyway. He doesn’t really dive into his mindset of retiring so young.

There’s no denying that Orr is one of the greatest ever. However, his exciting play didn’t translate onto these pages. I would avoid this book, even if you can get it for 1 cent (Yes, that’s true, albeit used, 1 cent) on Amazon.

I wouldn’t even give this book a Natty Light 6 pack.

Check out the recaps of the Rangers & Oiler games on the site! 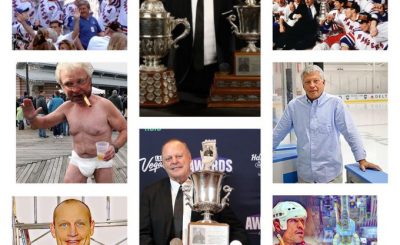 BCBS For 6/15: June 14th Provides More History for the New York Rangers; NYR Tab Gerard Gallant as Next Head Coach, Thoughts and Opinions on Gallant Taking Over The Bench, Pros vs Cons, Drury, The Merry Relationship of Larry Brooks & Senile Sather, “WHERE ARE THEY NOW?”: The 1994 Stanley Cup New York Rangers; A Look at Every NYR Who Won The Stanley Cup on June 14th 1994 & What They’re Up To, 2021 Semi-Final Playoff Thoughts & More 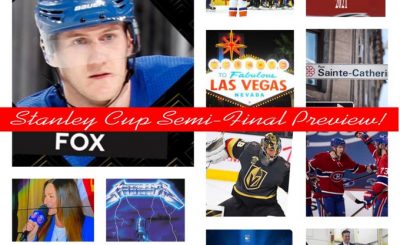 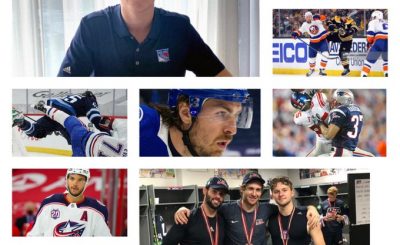 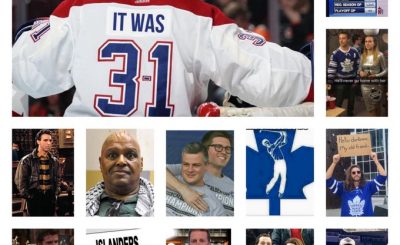 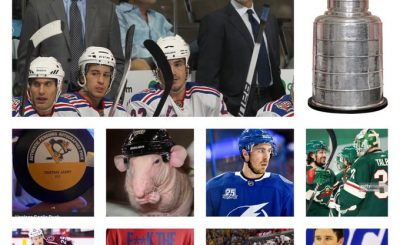 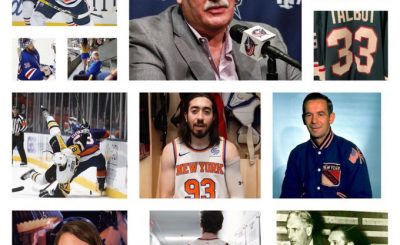