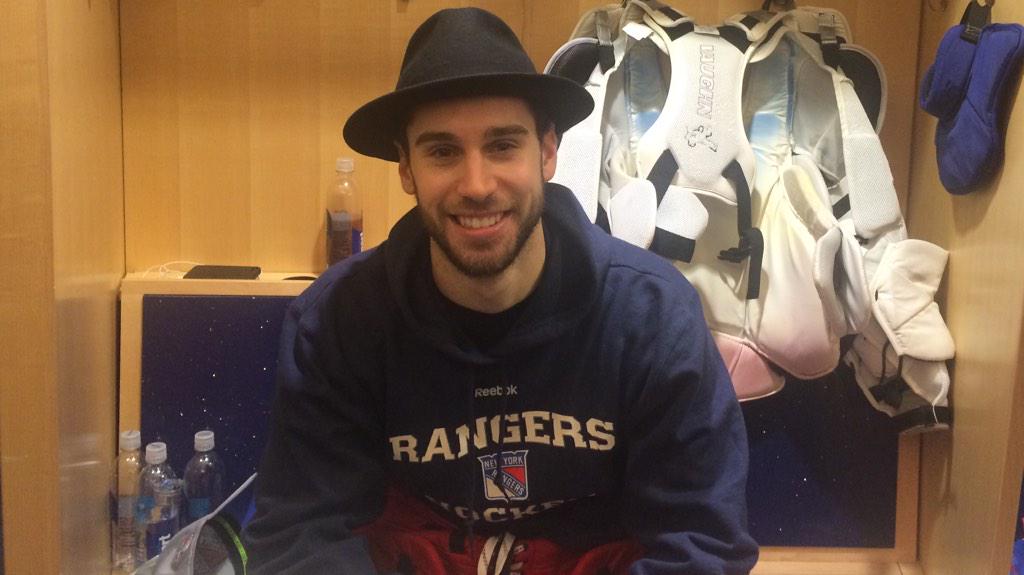 Welcome everyone to another blog here on the new DOINOW.com. Thank you as always for reading. I’d like to thank everyone for their feedback on yesterday’s column concerning the NYPD. For that article, and for all my articles, check out the right hand of the site, in the archives section.

This past Sunday night, the Rangers extended their winning streak to a season high 6 games. In what seems to be the norm for the great Cam Talbot, Cam Talbot posted another shutout. In his short career, which spans less than 30 games, Talbot leads the league in shutouts per win. Imagine if Swiss Cheese Lundqvist had Cam’s GAA, SVPCTG & Shutout to Games Played ratio? Even my friend Garrett Gorton would have to call Cam Talbot impressive!

The Rangers, hosting the second game of a home & home series with the Carolina Hurricanes, who unfortunately for Ranger fans, have more Stanley Cup victories in the last ten years than the supremely overpaid Henrik Lundqvist, seemed a bit off. This was the Rangers first home game since Lundqvist blew a two goal lead to the Pittsburgh Penguins two Monday’s ago.

The Rangers got a goal from Captain Ryan McDonagh, early in the first period. In what seems to be old hat for him, it was all the Rangers needed from the mighty Cam Talbot. You have to wonder, if Lundqvist ever gets the mumps, how long will it take before Talbot “Wally Pipps” Lundqvist out of a job? 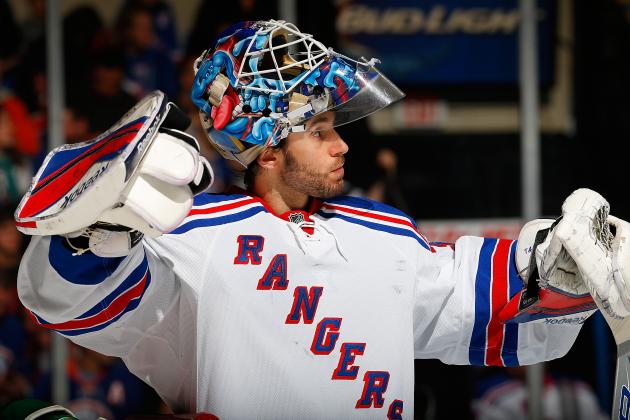 The Rangers peppered back-up goalie Anton Khudobin, who came into the game with an 0-7-2 record, with 31 shots. The Rangers had many scoring opportunities and near-misses. For fellow fans of the NY Football Giants, sometimes I feel the Rangers get like Big Blue, and play down to their competition. The NY Giants became world beaters and have beat the good teams in recent years. However, they put up shit shows against inferior teams. While the Rangers took this home-home with the last place Hurricanes, they were desperate for goal scoring. Luckily, the Rangers had Cam Talbot to hold down the fort, and not Henrik Lundqvist, who despite playing the majority of the games, is 22nd in the league in GAA & 29th in the league in SVPCTG.

It’s amazing how the Rangers were able to throw up 4 and 5 spots on the division leading Pittsburgh Penguins or even on the Vancouver Canucks. For some reason, they have struggled against cellar dwellers like the Oilers & Hurricanes. Fortunately, during this win streak, the Rangers have found ways to win games. It just seems like all or nothing with this offense.

While it might not show up in the stat books, Kevin Klein & Mats Zuccarello both had huge games for the Rangers. Each displayed great puck possession and were able to clear the puck when needed. Zucc was all over the ice tonight and seemingly involved in every gut-busting play.

The story of the game however, was Cam Talbot. If you’ve been reading me, no more words are needed. Without a shadow of a doubt, he’s the best back-up goalie in the league and if it wasn’t for King Contract’s albatross of a contract, he would have more games under his belt. At this stage in their lives, Talbot is less of a liability than Lundqvist, who seems to practice more on hair tossing and doing Pantene Pro-V commercials than putting practice time in between the pipes. The stats don’t lie. Even more impressive, Talbot has had less goal support than Hank as well.

Talbot fans had to be pleased hearing these stats from NYRangers.com:

“Cam Talbot stopped all 18 shots he faced to post his third shutout of the season, tying a career-high. Talbot has posted a shutout in three of his last four games, posting a 3-1-0 record, along with a 0.76 GAA and a .972 SV% in those contests. According to the Elias Sports Bureau, Talbot is the first Blueshirts goalie to register three shutouts in a personal four-start span since Andy Aitkenhead from Dec. 2 – Dec. 9, 1933. Talbot has also posted six shutouts in 26 career starts, becoming only the second Rangers goalie to register at least six shutouts in his first 26 career NHL starts (along with Lorne Chabot, who did so in the Rangers’ inaugural season of 1926-27). He is tied for third in the NHL in shutouts in 2014-15, and he is the only NHL goaltender with seven or fewer starts to post three shutouts this season.”

IN CAM WE TRUST.

Rangers return Tuesday night, at home, for a huge game with the Washington Capitals. The Caps are right on the Rangers ass in the standings so extending the win streak to 7 would be a nice Christmas present for Ranger fans.

If you’ve been reading me or know me, you know I’m a Yankee, Giants & Rangers fan. Please read my piece on the NYPD & White America, that was posted last night.

I was very proud of all three of my sports teams today. Giants coach Tom Coughlin wore a black band in honor of the two fallen NYPD officers. The Yankees announced that they would be covering all educational/college expenses for the children of Officer Rafael Ramos. Apparently, the Yankees have been covering tuition for the children of fallen officers for over 30 years but you never hear about it. It just made me very happy to see my teams do what they could to help. It didn’t feel like a publicity stunt either, and I’m sure you know what I’m talking about. These actions came off of as authentic and genuine.

While I did see Jets lineman Nick Mangold wear a NYPD hat to the game today, I didn’t see the Jets do anything for the fallen NYPD officers. Even Saturday Night Live, a NY staple, had no mention of the tragedy. However, the NY Rangers had a moment of silence for the two men and showed their appreciation for the NYPD. Ranger fans took it upon themselves to chant “NYPD!” during puck drop. As a Yankees, Giants & Rangers fan, I was happy with my teams during these unfortunate times. It still disgusts me that no major network interrupted their meaningless, in NY anyway, college games to cover this story live yesterday. I just know if it was a black guy who was killed by a white cop, every network would’ve ceased transmission of whatever game they were covering.

To any members of the  NYPD reading this and all officers in general, please be safe. There are more and more stories coming out everyday, whether it be copycat killers, gang orders or anything else. Cops lives are not for barter.

Let’s go Rangers. I’ll be back Tuesday night, recapping the Caps and the Blueshirts.